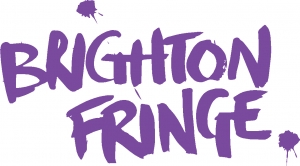 The world premiere of the show will be at the 2019 Brighton Fringe.

Get your tickets here: 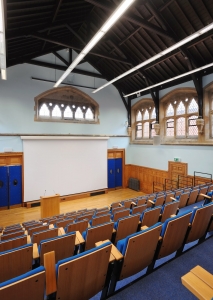 How do I buy tickets?

Booking is now open for Friends of the Brighton Fringe

David has just graduated from Trinity Laban Conservatoire of Music and Dance London. His first job after graduating was Assistant Director of “Bromance the Dudesical” at The Other Palace where he also covered all male roles. He then went into the Research and Development of “Pearly”. He then performed in the Christmas Show at Hertford Theatre. David is very excited to help tell Ewan’s story in the world premiere of “The Milkman’s On His Way”.

Lewis Brown is a graduate of Manchester School of Theatre. Lewis was recently nominated for an Off-West End Award for his performance in Undetectable at the Kings Head Theatre. Previous credits include; Tuck (Wales Millenium Centre); Razor in The Flesh (Embassy of Brazil); Sense and Sensibility (US National tour); Hamlet (US National Tour). Lewis has previously worked with HOME Manchester, Team Angelica and Tamasha Theatre.

Amy graduated from the Royal Central School of Speech and Drama in 2018, and has since gone on to build up a variety of experience in the industry, with credits including ‘West End Bares’ at the Shaftesbury Theatre, ‘The Peregrine’ at Stockwell Playhouse and ‘Refuge in Harmony’, a unique collaboration with Opera Holland Park. Amy takes pride in making her designs come to life, from the workshop to the stage, and is excited to be part of the ‘Milkman’ creative team.

Future Directing credits include: The Milkman’s on His Way (Old Courtroom Theatre, Brighton), a new musical with Tony Hatch and Slippered.

Television credits include: EastEnders and When Will I Be Famous? (BBC); Ginger Beer and The Richard Blackwood Show (Channel 4).

Writing credits include: Tim’s debut play, Control (directed by Guy Retallack, Hen and Chickens Theatre and Bridge House Theatre). Tim has written a sitcom that has been optioned by Free At Last TV.

After a 25 year career in IT, Kevin decided to stop working full time and set up his own business delivering IT and Business Consultancy as well as offering Social Media expertise to smaller theatre and arts organisations. He has written one long play and three shorts. Anthony Meindl’s Actors Workshop choose one of his short plays, “The Gig Economy” for their showcase, “Invisible Light”, which ran in July 2018 at the Tristan Bates Theatre. He is currently working on a play about Benjamin Britten and his relationship with David Hemmings during rehearsals for Britten’s opera, “The Turn of the Screw”.

Robert Hook, originally from a small village in Kent, jumped the pond to train as an actor at the American Academy of Dramatic Arts in Los Angeles; combining training from both the UK and the US. Having been back in London for a couple of years, recent credits include PEAKY BLINDERS (season 5), MAXINE (Stockwell Playhouse) and I LIVE FOR YOU (Indie feature); he is excited to be a part of Brighton Fringe for the first time, especially with a production as relevant as “The Milkman’s on His Way”.

Vittorio is a self-taught lighting designer, Video and sound engineer, with five years experience of the live events industry. He studied in north London and has been working with High Scream Productions in ibiza, Bastille various other artists, Rambert and new up and coming theatre shows. As well as Live events, he also designs for Theatre, Children’s shows, Arial, Comedy and bands.

Recent work includes Prydz, Black Coffee, Martin Garrix and many more, Working as a Stage manager for High scream Crew during the day.

Currently on tour with Rambert 2.

Torsten Højer was born in Sussex, England. He has worked as a journalist and editor for a number of publications, including 3SIXTY, reFRESH, one80news, Pink News, Gay Star News, Frontiers LA and DNA magazine Australia. His first fiction appeared in What Love Is (Arcadia Books, 2010) and he served as editor of the Lambda Literary Award-nominated gay anthology, Speak My Language and Other Stories (Robinson, 2015). He lives in Brighton, England.

Emily earned her stage management stripes after leaving her BTEC in Technical Theatre at Hereford College of Arts as production manager for 4Play Theatre Company, specialising on contemporary drama. Emily produced Martin McDonagh’s Pillowman and Carol Churchill’s A Number. She became part of the resident technical and stage management team at The Courtyard Centre for the Arts in Hereford fulfilling various DSM and technical roles for in house and visiting productions. The Courtyard is where she and Tim McArthur first met and worked together. Whilst in Hereford she worked with 2Faced Dance Company, ZOO Venues, Borderline Film Festival and Open Sky Productions. Since moving to London Emily has worked as a digital cinema projectionist, logistics and event manager, duty technician at the King’s Head Theatre, ASM for Charles Court Opera, and other technical stage management roles whilst completing a degree at King’s College London in Liberal Arts. Her most recent stage management credit was for Alison Jackson: Double Fake which performed at Leicester Square Theatre in March. A veteran of the Edinburgh Festival Fringe, Emily is looking forward to working at her first Brighton Fringe.

Martin joins us after a recent appearance as Captain Nemo in Harrogate Theatre’s stage adaptation of “20,000 Leagues Under the Sea”. He was cast as Jimmy Winston in the UK tour of “All or Nothing – the Mod Musical” based on the life and music of the Small Faces. His most recent TV credits include playing Roger Taylor in the Freddie Mercury biopic “The Great Pretender” as well as commercials for HSBC and Virgin Atlantic.

Claire is a stage, screen and voice actor who is known for her many and varied stage roles, along with being Mrs Soper in ITV’s Doc Martin. She features on BBC Radio 4s ‘Poetry Please’ and, having trained with Helen Lloyd at BeeAudio in 2017, now has a growing Audible audiobook collection. Claire also belongs to the award-winning collective ‘Riot of the Freelance Mind’ who are supported by Theatre Royal Plymouth and create meta/verbatim theatre from the perspective of those who’ve worked determinedly and passionately in the arts over a sustained period. Claire is represented by Nina Lee Management, London.